For our second and final week in Sri Lanka, we decided to head to the island’s south coast, where rumors of wild, beautiful beaches backed by lush green palms sounded too good to resist.

As if it were a sign of beautiful things to come, even the lazy, winding train ride there was bursting with gorgeous scenery and cute school kids on their way home from a cricket match (apparently, they even won first place). 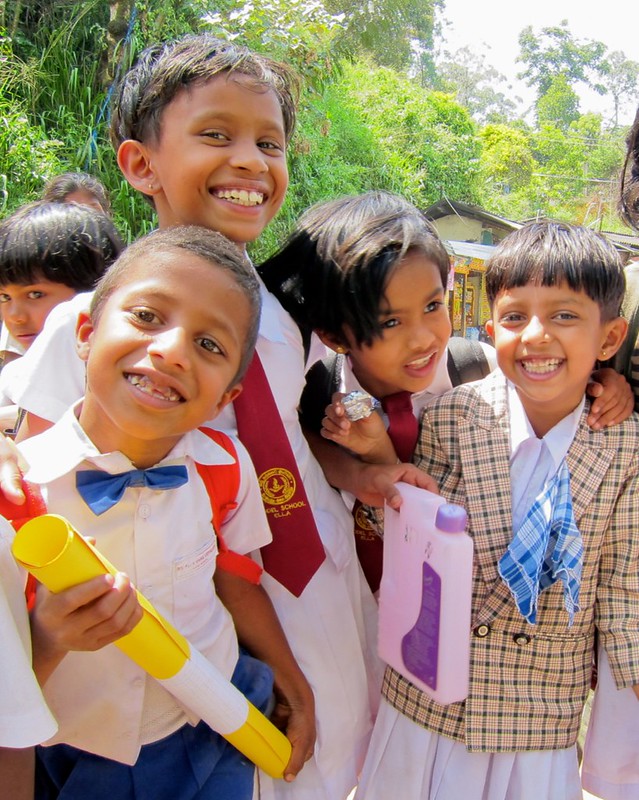 Once on the south coast, we stopped in the town of Tangalle, home to a vast, beautiful beach where we caught our first ever glimpse of the Indian Ocean. It was night when we arrived, and the full moon over the turbulent waves made it all the more beautiful.

For dinner that night, we had brought with us a dinner of chickpeas, red onions, and chilies that we bought from a street vendor for 30 cents. Resourceful vendors in Sri Lanka take old homework or other used paper and fold it into little bags to hold the food – my dinner plate consisted of someone’s old medical lesson; Scott’s was written in Sinhalese– can anyone translate for us? 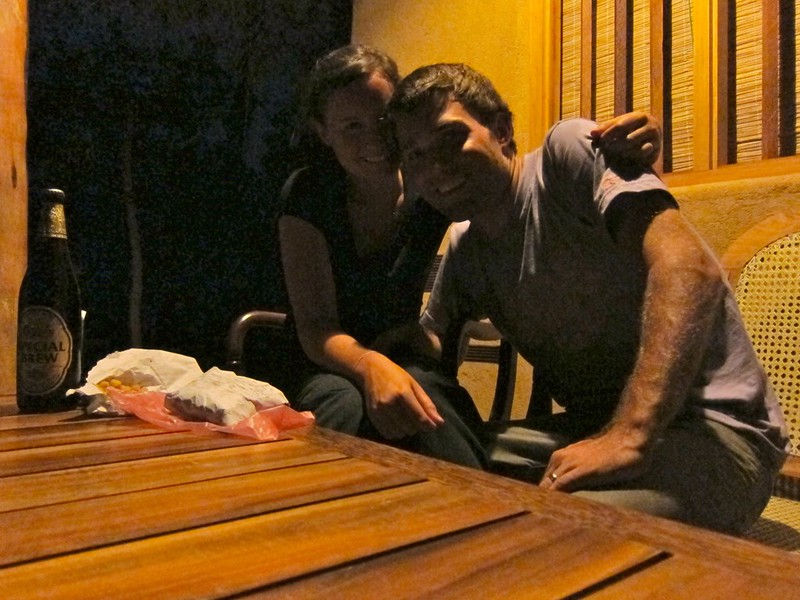 “Tangalle”, or as I like to call it, “where seashell collectors go to die”:

The beach at Tangalle was far too dangerous to swim, due to monstrous waves and a steep shore break, so we spent just one night and moved on to the beach town of Mirissa.

Mirissa was a beautiful, tiny coastal village with not much to do other than surf, eat good curries, and relax on the beach. Unfortunately, our blog post about Mirissa got inadvertently deleted one day, so some pictures will have to suffice:

The homestay that we stayed at put out a sign one day to greet us with what they thought was an American saying. It read: G’day Mr. Scotte and Mrs. Stephanie

2 thoughts on “Tangalle-d up in Sri Lanka’s coast”