After a month of jumping around India by trains, we had ridden in just about every class of train available– 2AC, 3AC, 1 non-AC, RAC, chair car– but we had yet to ride in “Unreserved”… train-speak for: find your own damned spot on the train. 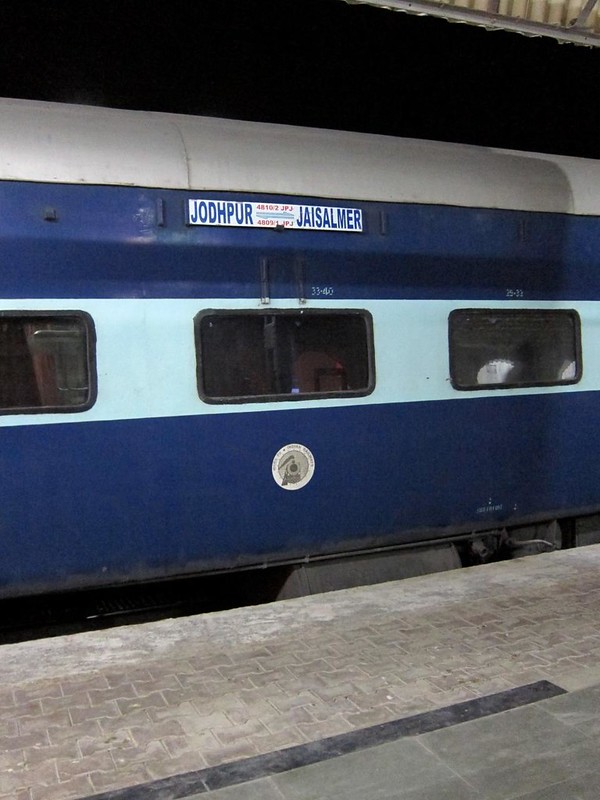 We honestly didn’t mean to see ourselves squashed like sausages into a train car normally designated for luggage on this particular day, but we were left with little choice when we arrived at Dhuri Junction (read: the middle of nowhere…..) at 2:00 in the morning on an overnight train from Rajasthan. We were trying to get to the northern town of Amritsar, still another 4-hour bus ride away from Dhuri, but the busses wouldn’t start running until 6:00 AM. At 2:00 in the morning, Dhuri Junction is not the type of place you want to be sitting around for 4 hours; people seemed nice enough, but there was nowhere to sit comfortably, and the staring from everyone had us a little uncomfortable (tourists apparently don’t go to Dhuri Junction).  So we asked the man at the train ticket counter whether there were any trains going to Amritsar– as luck would have it, there was one coming in 15 minutes!! It would take ~5 hours to reach Amritsar, which was far better than waiting around for a 6AM bus. This close to the departure, however, we were only allowed to get “unreserved” tickets– it would be up to us to muscle our way onto the train.

At one point, I left to use the station’s bathroom (the bathroom-ista was so surprised to see a tourist there, that he let me in for free!); I returned to Scott to find him surrounded by at least 8 guys, who had finally mustered up the courage to approach him and ask him the usual questions – “your country? first time in India? your occupation? your salary?” One of the guys, Deepak, happened to be taking the same train as us that day – lucky, because when the train arrived, he was able to sweet-talk someone into opening the door of their train car for us to let us on (we noticed that some of the cars get so full that passengers on board will hold the door shut so that no one else can board!)

As we began fighting our way on board the luggage car, the train conductor ran up to us (we stood out pretty badly in Dhuri Junction), “You’re getting on the wrong train!” he said, and he motioned of us to show him our tickets. As foreigners, he thought we should be have been getting onto a higher class of car, but we assured him that “unreserved” was exactly the tickets we were holding. People were smashed into every corner of this car, sitting up in the luggage rafters, leaning out the windows, standing in every available inch possible.

If there’s one thing we’ve learned about travel, getting from place to place is always that much better when it is done alongside the locals. They know the local sites, they have stories about them to share, they’re sometimes interested in hearing about where you come from, and somebody usually has some music playing, out loud – it’s always better than taking the stuffy, air-conditioned cab where no one talks to each other and you’ve learned nothing by the end of the ride. This train ride was no different, and the particular car we had shoved our way onto could not have been any better. We found ourselves surrounded by about 10 guys, all about our age, who thought it was hilarious we got stuck in their car and wanted to ask us a million questions – about the U.S.’s presence in Pakistan, our knowledge of Indian rap music, whether I had ever washed my filthy laptop bag (hah! that just killed me), my Facebook name…

At one point, they were concerned that we wouldn’t want to stand for the full 5 hour ride to Amritsar, so they encouraged us to squat, which was far more uncomfortable to our untrained American legs.. and every 5 minutes or so (when the legs would fall asleep), we alternated between squatting and standing, literally smashed into the knees of our new friends.

And so it was that we sped through the blackness of the night across the plains of northern India, the cool wind whipping in through the barred windows– yes, this was traveling!

Around 5 AM, some of our friends began departing the train before us, and we were all surprisingly sad to see each other go our separate ways (maybe our sleep-deprived brains were causing us to be overly-sentimental). One little boy that we hadn’t talked to directly yet came up to us as he was leaving and wanted a hug from Scott. And Scott obliged with a huge bear hug. When Deepak was getting off the train, he told us he would miss us and gave us both a hug. Sundeep even bought us both a cup of hot chai and passed it in through the window to us after he got off at his station!

Eventually, we were able to get a seat for ourselves, which was a God-send, as our “5 hour ride” turned into a grueling 12 hour slog that put us in Amritsar long after that 6AM bus would have…  When we finally arrived at our hotel in Amritsar (around 3 pm!), utterly exhausted, we tossed our bags aside and immediately crashed, shoes on and all. When I awoke a few hours later, disoriented and confused (the way all mid-day naps seem to end), I had 4 new messages and “friend requests” waiting for me on Facebook– although now it all felt like a dream, our midnight train ride through the plains of India had happened, after all.

One thought on “A Ride in Luggage Class…”