Traveling long-term brings up the interesting problem of carrying out every day tasks (tasks that are usually so mundane at home) while on the road — things such as getting haircuts, for example!

So to Scott’s dismay, we are installing a new segment called Haircuts Around the World, because you just KNOW there are going to be some good ones to look forward to when Scott or I can’t convey what kind of chop we want to get to the barber. 😉 Of course, I’ll be getting haircuts too, but I assume (hope?) it is a little harder to mess up a long haircut compared to a short man’s haircut. (Scott wanted me to note here that he’s not that short.)

For the first installment, Scott got his hair cut at a little barbershop in Nakhom Si Thammarat, Thailand. Of course, any words that might come in handy for a haircut were outside the range of Scott’s Thai vocabulary, so he just motioned that he wanted a 1/2 inch taken off all-over and then shut his eyes and held on tight. 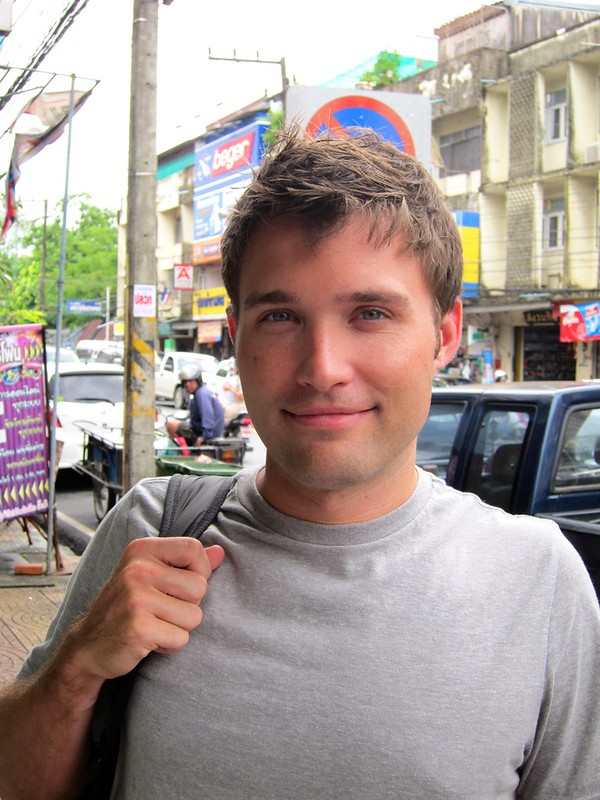 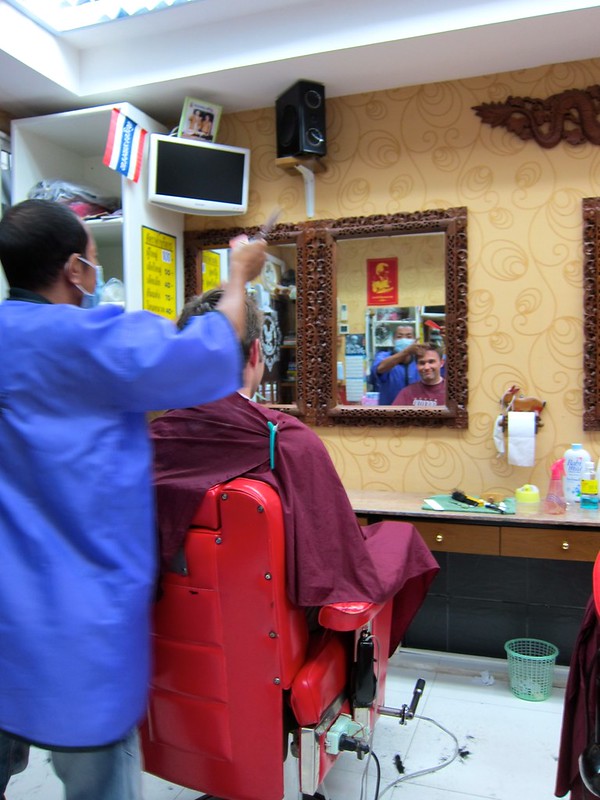 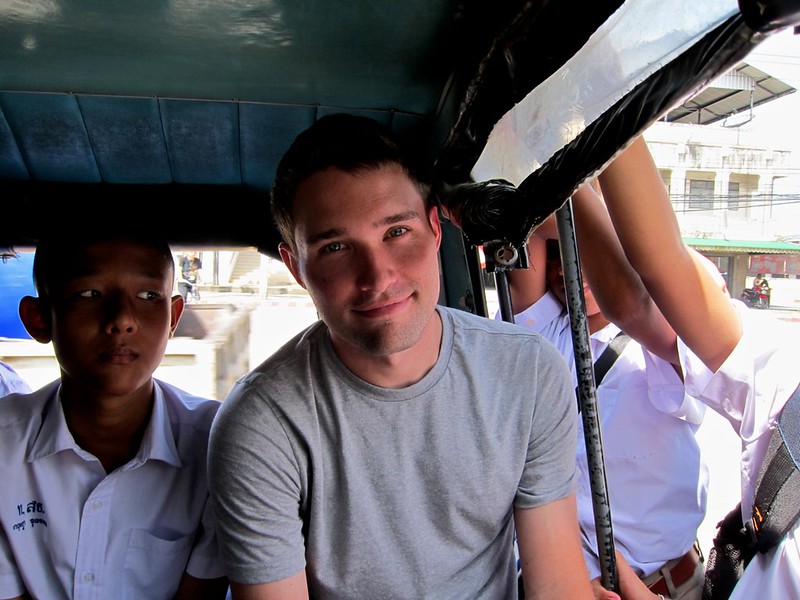 Fortunately, the very patient and meticulous barber did a great job. A major disappointment for my blog post. Tune in again to see if he makes it through the barbershop gauntlet next time!! 🙂